KDE developers are promising an ‘absolutely massive’ Plasma 5.20 release next month, so in this post we take a look what makes it such a major upgrade.

With the final stable KDE Plasma 5.20 release date is set for October 13, 2020 the KDE Plasma 5.20 beta is out for testing. It’s this development milestone that gives us our first proper look at what devs have planned for this desktop environment.

Do keep in mind that development is still underway and it’s possible that some of what’s featured here gets held back or tweaked before October.

If a notable change or improvement you know about isn’t in this list then let me know about it in the comments section below and I’ll try to add it in.

END_OF_DOCUMENT_TOKEN_TO_BE_REPLACED

Ubuntu 20.04.1 LTS rolls together all the bug fixes, app updates, performance tweaks, and security patches that have been rolled out to the “Focal Fossa” since its release back in April.

The result is a brand new installer image primed for use, and able to cut down the number of post-install updates required.

This point release combines all the bug fixes, app updates, and security patches issued to 20.04 so far

But there’s another reason why the arrival of a point release is pretty big news.

Freshly spun ISO aside it is from today that users who run Ubuntu 18.04 LTS ‘Bionic Beaver’ will see a notification asking if they want to upgrade to Ubuntu 20.04.

Prior to now anyone on Ubuntu 18.04 LTS who wanted to upgrade to Ubuntu 20.04 LTS had to do so manually (either by opting in to non-LTS releases in the Software & Updates tool or by running a terminal command, which we covered in a tutorial).

That effort is no longer necessary; it’s possible to upgrade from 18.04 LTS to 20.04 LTS directly.

Point releases rarely bring major new features with them but they do bring a barrel full of convenience. Merging together all of the thousands of updates, patches and tweaks released since April into a neat, new and easily deployable image is a major time saver.

Refer to the full changes summary for (a rather dizzying amount of) detail on these changes and more. Also take note of the Ubuntu security notices up to July 24.

As mentioned, the arrival of this point release offers the opportunity to upgrade from Ubuntu 18.04 LTS to 20.04 LTS directly. Don’t Miss Ubuntu 20.04 Feature Guide for 18.04 Upgraders

If you intend to take advantage of this option then please remember to backup of any important files before you begin and make sure your network connection is stable — you don’t want to be left with a half-upgraded system!

Once back up you can look forward to the raft of major features and changes offered by the “Focal Fossa”, including:

And that’s just a mere tickle on the surface of what’s changed.

In a rush? Get yourself up to speed on what’s new in Ubuntu 20.04 LTS by watching our release video, embedded at the start of this post (if you’re reading from an RSS reader or a scraper site you can click this link to watch it).

Why is there a delay?

Ubuntu LTS releases are the most widely used versions of Ubuntu. Tens of millions of users all around the world use them to enjoy a solid, stable, and reliable computing experience.

All of this helps ensure upgrades are as smooth and are as stable as possible — a key concern for those who choose to use a LTS release in the first place.

Do I need to upgrade if I’m already running Ubuntu 20.04 LTS?

No, you do not need to “upgrade” to “get” this release because, technically, you already have it!Provided you install any updates as and when released you are up to date.

There are no major differences between the version you’re running and the version just released (though those who install using the new ISO may see a 20.0.4.1 version number shown in the System Settings > Details panel).

Is there a new kernel version?

The HWE combines an updated graphics stack (handy if you’re a gamer) with a more recent Linux kernel version. This allows the OS stay to compatible with newer hardware and technologies for the duration of its five-year lifecycle.

However, the first point release (i.e. this one) does not include HWE. Ubuntu 20.04.1 ships with the same Linux kernel and xserver as the initial release back in April, meaning Linux 5.4.

Ubuntu 20.04.2 is due early next year. This will bring a new hardware enablement stack with it, derived from Ubuntu 20.10 (meaning Linux 5.8 or newer).

You can download the Ubuntu 20.04.1 ISO images from the Ubuntu release server page using the following link:

KDE Plasma 5.18 LTS is due for release next month and will bring a raft of new features and general improvements with it.

Plasma 5.18 features a raft of new features and improvements that make the desktop ‘easier and more fun’

With a beta build now available for testing I figured it was time to recap the key changes included in KDE Plasma 5.18 LTS so that those of you who ride the plasma wave have some idea of what to expect when it arrives.

And do expect a varied set of changes when it does, as there’s lots planned, including notifications that are easier to understand, streamlined organisation of system settings, better integration of GTK applications, and plenty more.

END_OF_DOCUMENT_TOKEN_TO_BE_REPLACED

Here are the major new features added by the 350,000 new lines of code in the Linux kernel 4.20. As you can see the changes are mainly around improving support for Graphics, CPUs and other hardware.

You can see the detailed list of Linux Kernel 4.20 features at Phoronix.

This simple guide will help you to install wine32 on bionic release of KDE neon. The steps shown in this guide worked on to systems both running

END_OF_DOCUMENT_TOKEN_TO_BE_REPLACED 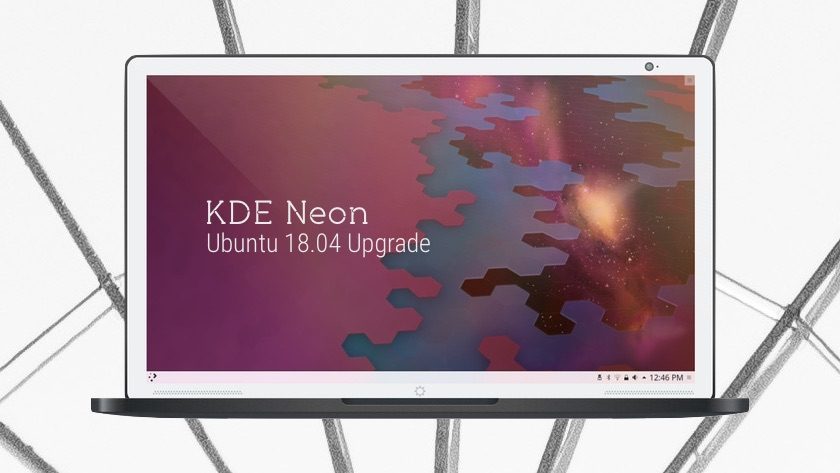 The wait is over: the KDE Ubuntu 18.04 release is finally here.

Developers behind the KDE-centric Linux distro¹ have announced that they’ve successfully rebased KDE Neon on Ubuntu 18.04 LTS ‘Bionic Beaver’, which was released earlier this year. 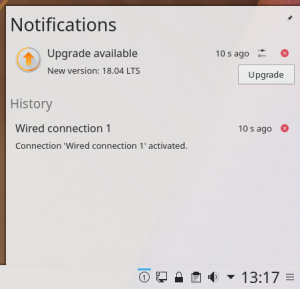 Naturally the latest stable KDE Plasma desktop and associated apps are installed by default, with future stable releases pushed out to users as and when they’re available.

This LTS to LTS migration has been in the works since the Ubuntu 18.04 release back in April, and has been undergoing wider testing for several months.

Swapping out the foundation of a distro isn’t an overnight task, and is made harder by the mix of LTS and non-LTS software stacks involved.

But with some hardwork and elbow grease neon devs have pulled it off.

They now plan to put “more developer effort” into using Snap packages, which offer the potential for more frequent third-party app updates than otherwise provided to an LTS release. END_OF_DOCUMENT_TOKEN_TO_BE_REPLACED